The Problem with Quitting: Withdrawal

Why is it so difficult to give up this unhealthy habit?
Nicotine is an extremely addictive substance that causes pleasurable sensations. Nicotine also has relaxing, depressant qualities because it interferes with the flow of information between nerve cells. All of these effects happen quickly, too; cigarette smoke reaches the brain even faster than drugs that enter the body intravenously. Eventually, smokers develop a tolerance to nicotine and require more of the drug to get the same effect once produced by smaller amounts.

Smoking cessation can lead to withdrawal symptoms that are extremely unpleasant. Starting within a few hours of smoking a final cigarette, the withdrawal process peaks about two to three days later, when the majority of the nicotine has left the body. The process continues for at least another few days but can last up to several weeks.

Withdrawal symptoms include anxiety; irritability; sleep disturbance; increased appetite and weight gain; cough and sore throat; restlessness; and trouble concentrating (among others). This experience is enough to drive many well-intentioned quitters back to smoking. 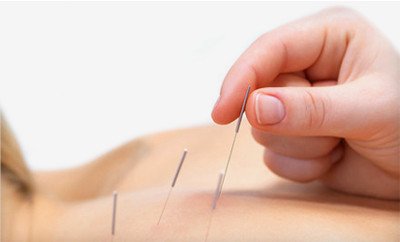 Alleviating the Symptoms of Withdrawal with Acupuncture

Withdrawal symptoms are the main reason that most people fail to quit smoking. It is an intuitive decision, then, to find the best possible treatment to lessen the unpleasantness of smoking cessation.

Monmouth Pain & Rehabilitation offers the Quit Smoking Now Program available in Shrewsbury, Freehold, Wall, & Lacey NJ.  This unique program includes acupuncture and has a success rate of approximately 75%. In contrast, smokers who used a combination of counseling and the drug Bupropion (Wellbutrin) had a success rate of only 30.5%. Even worse, just 7% of people who used the nicotene patch or gum were successful after six months.

Acupuncture helps quitters avoid the irritability, restlessness, and headaches that accompany the cessation process. It also helps the body return to a more natural balance by speeding up the detoxification process.